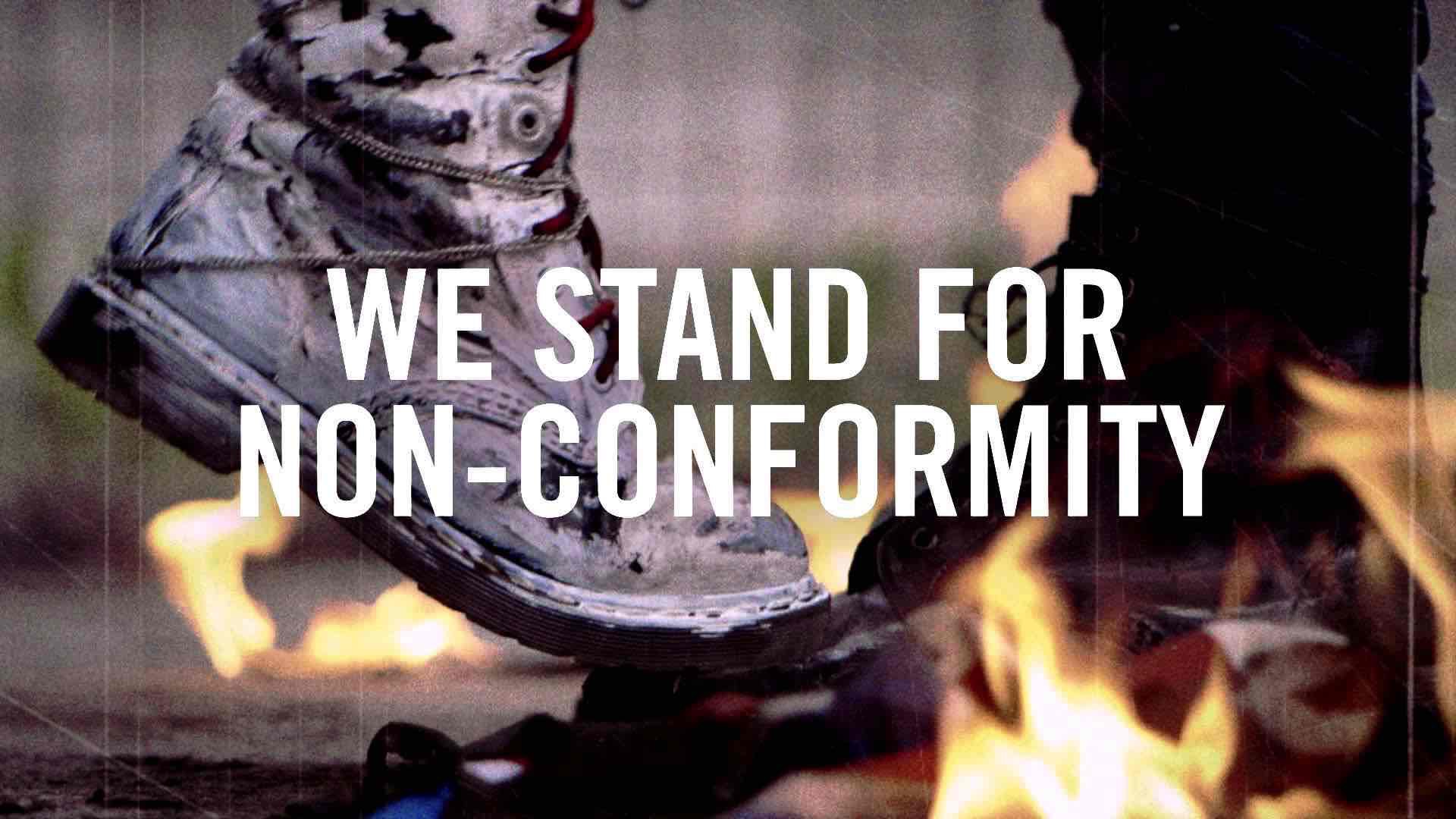 When the Dr. Martens boot first catapulted from a working-class essential to a countercultural icon back in the 1960s, the world was pre-internet, pre-MTV, pre-CD, pre-mp3s, premobile phones… hey, they’d only just invented the teenager. In the years before the boot’s birthday, 1st April, 1960, kids just looked like tribute acts to their parents, younger but the

same. Rebellion was only just on the agenda for some – for most kids of the day, starved of music, fashion, art and choice, it was not even an option.

But then an unlikely union of two kindred spirits in distinctly different countries ignited a phenomenon.

In Munich, Germany, Dr Klaus Maertens had a garage full of inventions, including a shoe sole almost literally made of air; in Northampton, England, the Griggs family had a history

of making quality footwear and their heads were full of ideas. They met, like a classic band audition, through an advert in the classified pages of a magazine. A marriage was born, an

icon conceived of innovation and self-expression.  Together they took risks.  They jointly created a boot that defined comfort but was practical, hard-wearing and a design

classic. At first, like some viral infection, the so-called 1460 stooped near to the ground, kept a low profile, a quiet revolution.  But then something incredible started to happen.

The postmen, factory workers and transport unions who had initially bought the boot by the thousand, were joined by rejects, outcasts and rebels from the fringes of society.

At first, it was the working-classes; before long it was the masses.  Skinheads were the first subculture to adopt the boot in the early 1960s, spilling out of the

East End of London, then across Britain and the world; initially non-racist and obsessive about their fashion, by the time the skinhead movement was corrupted with elements of right-wing

extremism, Dr Martens had already morphed into a torchbearer for a brave new world.  The late 1960s and 1970s saw the boot adopted by – not thrust upon – nearly all the ‘tribes’:

The internet spread like an epidemic, reaching fifty million users in eighteen months – a feat that took radio forty years. The first mobile phone text was sent in 1992; within three years,

email was like oxygen. Everything had changed.  There were no tribes anymore. At least, “not like they used to make ‘em.”  You don’t see one tribe fighting another anymore, a haircut does not define a person to four albums by three bands.

The tribe is down to one person.  You.  A one-man army.

The personal revolution manifests itself in a million ways. So-called ‘indie’ and ‘punk’ record

labels of the 1970s and 1980s were created to cut out the suits. They were called ‘labels’ because of the round adhesive label smack bang in the middle of the vinyl.  Vinyl?  CDs?  Now, you don’t even need a label.  Record, mix, master and post on the web from your own empire.  Hit the charts from downloads alone.  There is no one left to cut out. It’s all down to you.  Of course, just because we can all now ‘create’, doesn’t mean we are all actually any good. But the cream floats to the top, whatever the mode of transport.  Same with Dr. Martens.  Decades have come and gone, brands have exploded and then imploded, but the 1460 is still there, unique, individual, original. Anti-fashion defined in eight holes.  What’s seen as information overload to the older generation is just everyday surfing to the

new generation. In one weekend edition of The New York Times, there is more information than a seventeenth century man was exposed to in his entire life. Dr. Martens haven’t been around since the 1600s, but in terms of ‚’brands’ that mean something, that last, that reinvent and evolve, they pre-date pretty much everything.  By the mid-1990s, Dr. Martens had festered in the minds of youth without a single penny of ‘marketing spend’, longer than the majority of global brands had even existed. There is no comparison. This is not a brand, it is a way of thinking, a mode of expression.

The problem with ‘brands’ is that they dictate. They might offer the must-have item of the season, but they design it, shape it, form it and sell it. You have no say, other than handing

over your money. Look at the word: ‘brand’. That’s what they do to cattle.  Rebel.  Create your own brand.  Dr. Martens have always been different. No other brand has been mutated, customised, fucked up and freaked out like DM’s. Without asking or being able to stop it. It happened to them. They were just fascinated bystanders on a journey that has raced through every crevice of subculture, every twist and turn of youthful creativity and now, here, with a generation who have always had email, mp3s and downloads, it is as relevant and vibrant as ever.  Because although the tribes no longer stride through London or New York, although individuality is the music for the masses, although fashion is just another way of defining yourself, the Dr. Martens ‘brand’ has come full circle, it is a blank canvas on which a generation can paint their personality. You can wear your grunge shorts, your emo hair, your punk tatts, your metal piercings and your pride on your sleeve, all at the same time, there are no limits, no boundaries, no pigeon-holes to fit into.  To be creative sometimes you have to rebel.  To rebel you have to have something to rebel against.  Driving fast, drinking cheap beer and smashing windows isn’t rebellion. The best form of rebellion is individualism. Thinking for yourself.  Information overload is the most fantastic element of modern life. You can have it all. You don’t need to align yourself with one band, one tribe, one venue, one gig; you can share your console with a complete stranger twenty thousand miles away; you can post your demo on a site that has a greater population than most countries.  But you need anchors in this sea of creativity.  You need things you can rely on.  Things you can recruit to your army.  Friends, whether they add you or not.

Tunes loaded, down.  Ideas loaded, up.  Fashions that express.  Possessions that matter. Things that inspire self-expression, not commodities that spoon-feed an identity.  Dr. Martens anchor you, liberate your creativity, inspire and fuel your identity. 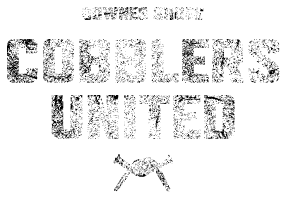